"I was working as a professional cyclist when I came down with chronic fatigue in early 2017. I was never bed-bound, but I was a shell of the person I once was, unable to ride my bike, and most days even walking the dog very slowly was a struggle. After over a year of illness and not touching my bike, I stumbled across Reverse Therapy and read John Eaton's book. I tried to do some of the techniques he describes in the book on my own, and, to my surprise, started feeling a little bit better. However, I found that the changes I was making with the book were not lasting, and I consistently found myself improving and then slipping backwards, over and over. I finally conceded that I needed help, so I got in touch with Kathleen. After the first session, I rode my bike 2 hours at a high intensity and felt so joyful on my ride that I thought I was going to explode! I always rolled my eyes when people in CFS testimonials said that they had unbelievably quick health turnarounds, but now that I've experienced it myself I can tell you that it absolutely is possible.

Kathleen taught me to nix the fear of exercise causing symptoms and gave me some concrete exercises that really helped me to look forward to each day. I am still using many of these techniques today, and enjoy having them as part of my routine. After 6 sessions with Kathleen I am feeling largely back to normal and I have not had a single day where exercise has caused a relapse, and I know that day will never come. I am back to riding 5-6 days a week, for 10-15 hours per week, and I am already planning my comeback races! Kathleen is a miracle worker (and super fun to talk to)...if you are considering working with her, my advice would be don't hesitate! You can get back to feeling good way quicker than you think, and the sessions are worth every penny." 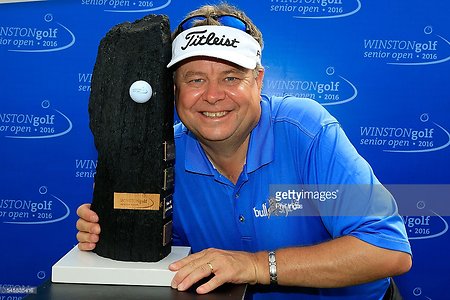 Oldcorn, an eight-time runner up on the Senior Tour, went into the final day one shot behind leaders Magnus P Atlevi and Peter Fowler but carded five birdies en route to a final round 69 and an eight under par total.

Broadhurst raced up the leaderboard, setting a new course record with a 67 and forcing Oldcorn to make a birdie putt on the last hole for a play-off.

On the second extra hole, Broadhurst ran into difficulty as he found a fairway bunker with his drive and then failed to locate the green with his third shot, giving Oldcorn two putts to take the title.

“I’m absolutely ecstatic,” said Oldcorn. “The biggest thing for me today was keeping my focus. I had a wobble at the start of the back nine and was lucky to get away with just one bogey. I knew when I got to 18 I would have to make birdie, and that was pretty straightforward.

“The first putt I holed in the play-off was symptomatic of how I putted all week. I holed a succession of those 15-footers all week, and it’s what you need to do to win tournaments.

“I can’t say how much this means to me. Me, my family, and those who are big supporters of mine have had a really tough winter off the course.

“I hadn’t started the season too well. But I had some massive encouragement this week from my wife, Kirstin, from a distance. She caddied for me in Switzerland, and knew I was playing well. I’d also like to mention Kathleen Kettles, who has been immense with me off the course over the last six months.”

In a three-way tie for third place were Atlevi, Fowler and home favourite Bernhard Langer, who closed with a superb eagle for a seven under par aggregate final score.

“I feel good, I’m just a little disappointed with my putting, but it was pretty good for the last two and a half rounds,” said Langer.

“I got off to a rough start, I was three over par after ten holes but played extremely good golf in the windy conditions.

“The eagle was nice. It was a beautiful arena on the 18th green with lots of people watching, and it was nice to finally make a putt.”
Welshman Mark Mouland and England’s Paul Wesselingh finished a shot further back on six under par. 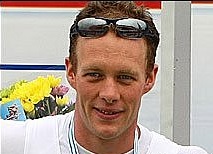 Dave Smith - British Olympic Bobsleigh Team - writes
"My name is Dave Smith, and I was diagnosed with Chronic Fatigue Syndrome in 2005 when preparing for the 2006 winter Olympic Games in Bobsleigh. My symptoms came on over a long course of time, during these times I was sure it was due to training hard and being an athlete. I watched my Olympic dream disappear as I returned from an Olympic training camp in Calgary.

Once home I found myself sleeping up to 16hrs a day with no motivation and strength to do anything. This was a very low point in my life; going form been very fit to rock bottom was heart breaking.

Shortly after a receiving information on Reverse Therapy from Anna Hemmings, I had organised my 1st session with Kathleen Haden (Kettles). I was very optimistic and focused on getting better and back to life, as I knew it before chronic fatigue.

It was not long into my 1st session I could see how this was going to work and get me healthy again.

It was great to speak with someone who listened and believed in the illness, this provided lots of support to me and really helped me to find the trigger points that led to my illness.

Over a few sessions, I chatted with Kathleen and spent lots of time changing my life and creating a balance between mind and body. I focused on removing my trigger points from my life and started back training in the gym after 9months out. It was not long until I was feeling and looking so much better from the help I got from Kathleen. This gave me all my drive back I needed, to get back to life as an athlete.

Life today is amazing for me thanks to Reverse Therapy, I feel very positive, and relaxed with a complete mind body balance, this approach has had a positive effect on all areas of my life and I now have more energy than I have ever had. I am back living life as an athlete competing for Great Britain, studying at Bath University and coaching with all my focus and energy giving back to me from Reverse Therapy."

I offer sessions to clients all over the world via Skype, Facetime and phone.

If you have any questions about working with me, or if you'd like to book your appointment please email me on [email protected] or call 07563 124 057

In The Clients' Own Words (blog)